Awasu Shrine is an old company within the Enki ceremony, and sings about the three pillars of sukunahikona, ounamuchi, and Empress Zengu.Originally, I talked to Awashima (Kadoshima, Yutaka of Kaga).

Because of that, it has been worshiped since ancient times as a father of medical treatment and a father of sake brewing.

Awashima Shrine cures all disease from being insulting to the medical god, and there are many people who are visited by women's sickness healing, easy delivery prayers, child giving prayers and so on. In addition, it is also believed as a guardian of road safety and voyage safety. 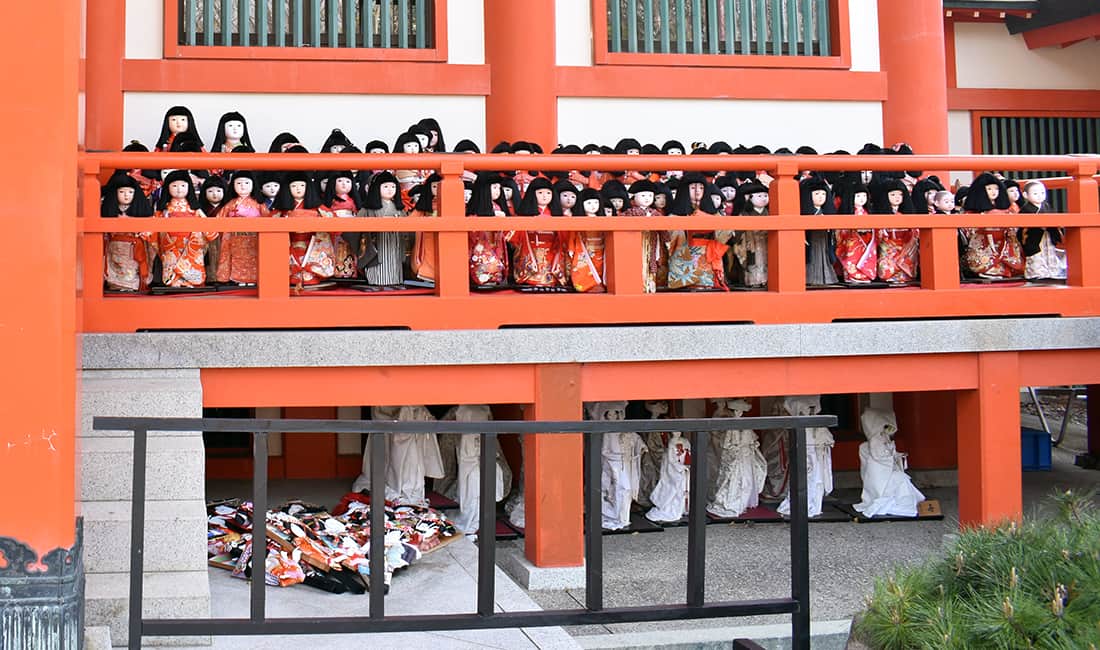 Awashima Shrine is also famous as a doll offering shrine.
In the precinct, countless dolls, checkered dolls, French dolls, bear figurines, etc. stored for offerings from all over the country are lined up.

Every year on March 3rd, the shrine is held on a pot of white wood and she is poured into the sea of ​​Kada.
With each thought and desire, women gather from the ground all over Japan as well as Kansai.