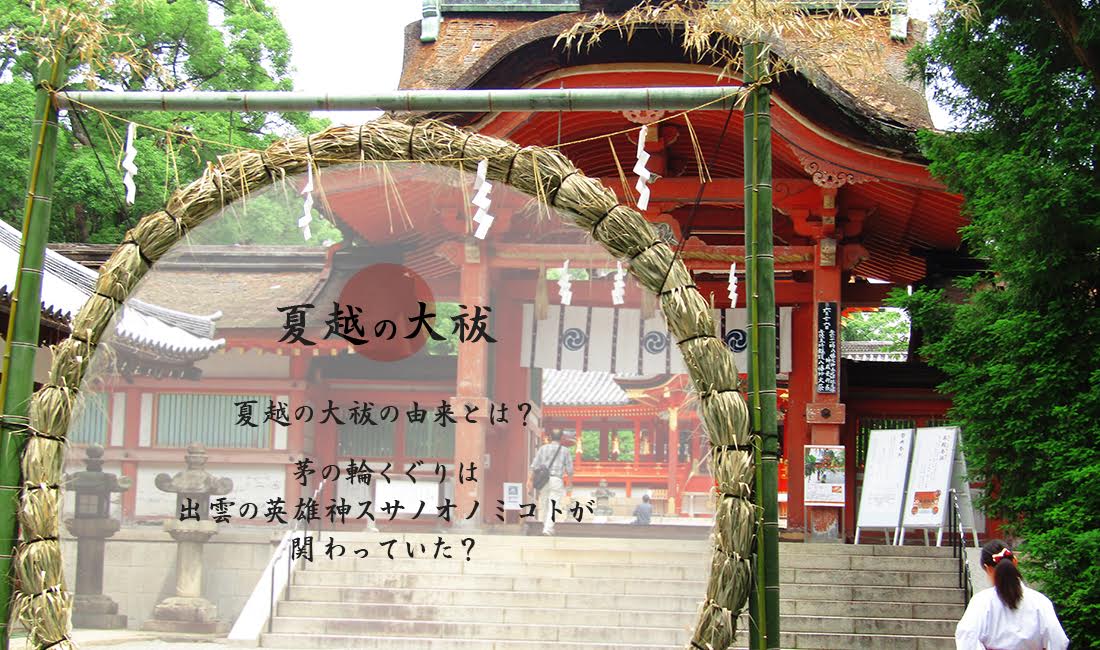 On June 30th the NAGOSHI NO OHARAE

OHARAE is held twice a year, at the end of June and December at shrines throughout the country.
It was done to remove the sins and impurities that each year committed, and it is said that in 701 there was a prototype of OHARAE Shinto ritual

Especially OHARAE to be held in June is called "NAGOSHI NO OHARAE" or "MINATUKI NO OHARAE".

MENOWAKUGURI Origin of the shrine "Bizen national feng shui" is the history of the province, myths, and cultures were written, now it is on the Hiroshima prefecture magazine.

"Bibo national feng shui" is written beginning with the story that people and Take god come out as the rescuer general.

Let's take a look at the story.

Gutsu God went to his wife's daughter of the god of the sea of ​​the south, even the way the day passed.
There lived a poor man called GAMINSYOURAI.

Then, several years later, God who asked it under GAMINSYOURAI came.
In what God asking it says "so thank you for your help at that time". I want to welcome it for GAMINSYOURAI. "A wife and one daughter fold whether there is your descendant in this house into me"

Gutto God is
"Add MENOWA to your family's waist"
I left behind and went away.

Plague occurred that night.
The plague killed and destroyed all the people, except for one daughter of GAMINSYOURAI who had been doing the same as the gods said.